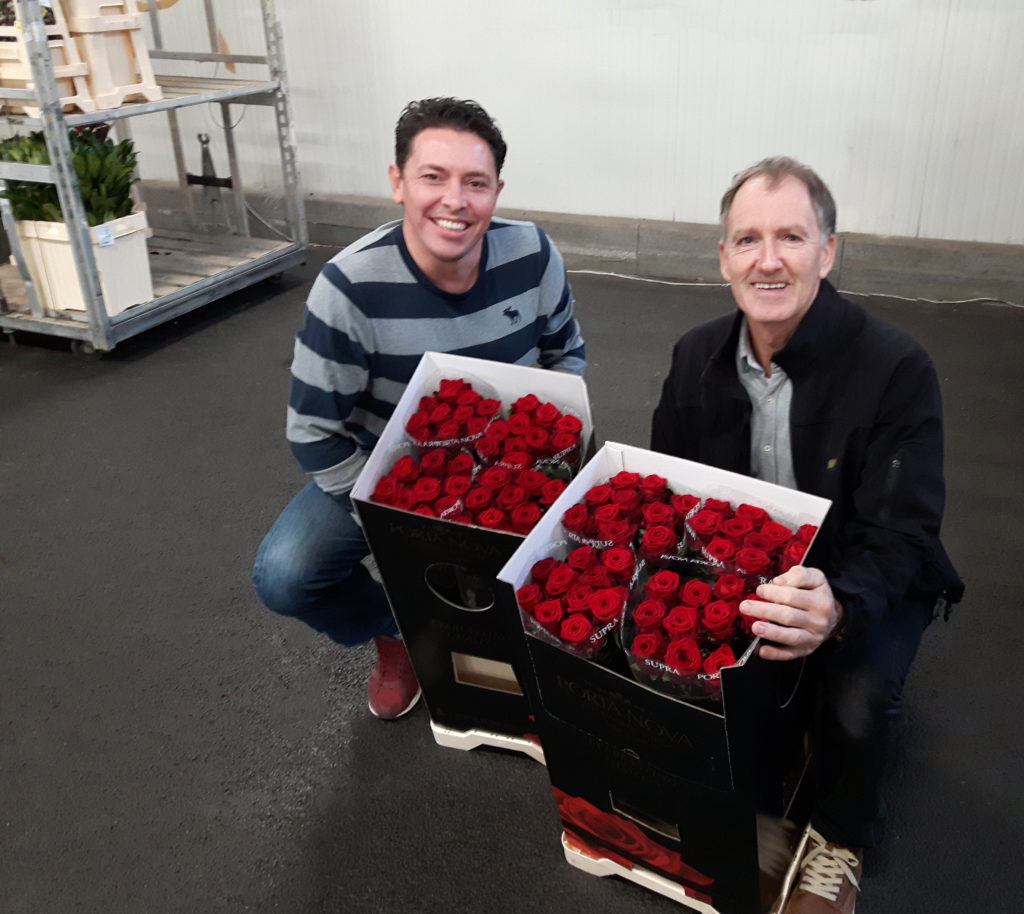 Hukra BV is a cut flower and bouquet exporting company based in Aalsmeer, Netherlands. They deal with wholesalers, chain stores and flower shops in many european countries, such as United Kingdom, Italy, Ireland, Finland, France, Spain and Sweden.

Some of the Porta Nova Red Naomi roses were beautifully redone in gold and silver glittery.

Working on the decor