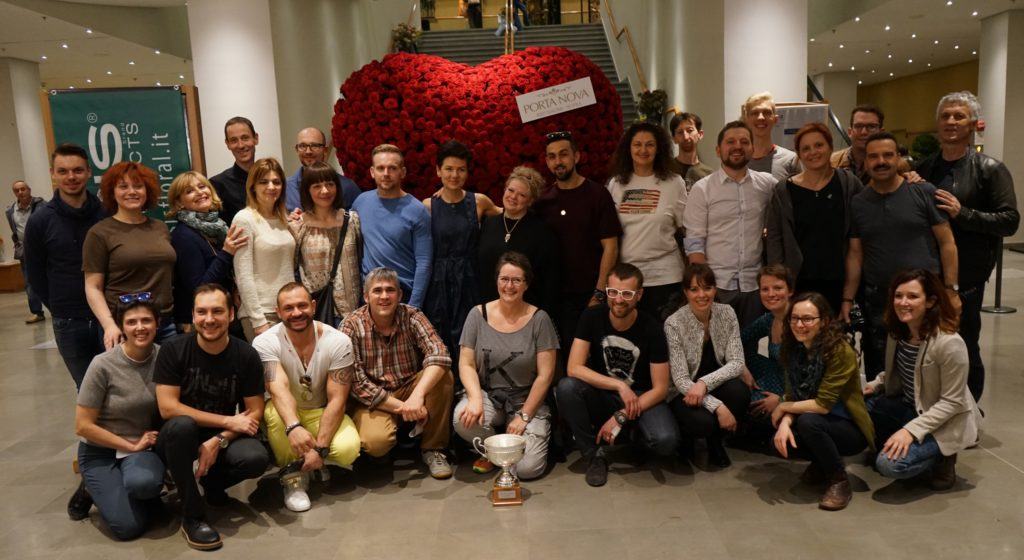 Top notch designers from 23 European nations converged at the beautiful port city of Genoa in Italy for the 2016 Europa Cup Floral Design Championships. The two day event bore fruit to a string of amazing and creative floral arrangements that brought out the sheer mastery in all the competitors. Many types of flowers, plants, floral design products and techniques were used. Hungarian representative Tamas Endre Mezoffy was announced the winner of Europa Cup 2016; while Roman Steinhauer of Russia and Finland’s Pirjo Koppi were second and third respectively.

We would like to share with you 20 great moments when Red Naomi stole the show at the Europa Cup 2016 championships in Genoa. When Klara Frank of the Czech Republic broke into a smile at how her beautiful hand tied bouquet that featured Porta Nova Red Naomi roses was coming along. When Ruslan Valiev of Armenia shared a thumbs up at how Red Naomi roses blended perfectly with the grass heart roses! When we marveled at this bouquet by UK’s Laura Leong that had a variety of colour and form brought out by Red Naomi, Flash Eye, Blueberry and Darcy! When Russian competitor Roman Steinhauer and his assistant Vadim Kazanskiy celebrated in style after winning the People’s Choice Award with the lovely Porta Nova heart as the backdrop. When we couldn’t get enough of Klara’s bouquet we had to take a closer look. When the Porta Nova heart flowered this moment with Paul and the Estonian team of Yulia and her assistant Ahti. When he lend a hand in creating the Porta Nova heart When Yulia of Estonia did everything to get the angles on her bouquet perfectly. Check out how Red Naomi roses blend well with the pink roses and greenery in the bouquet. When Dini Holtrop of Netherlands was aligning the Red Naomi roses to fit perfectly in her love and lust bouquet. When we had to reflect back to the creation of Pirjo Koppi’s bouquet.