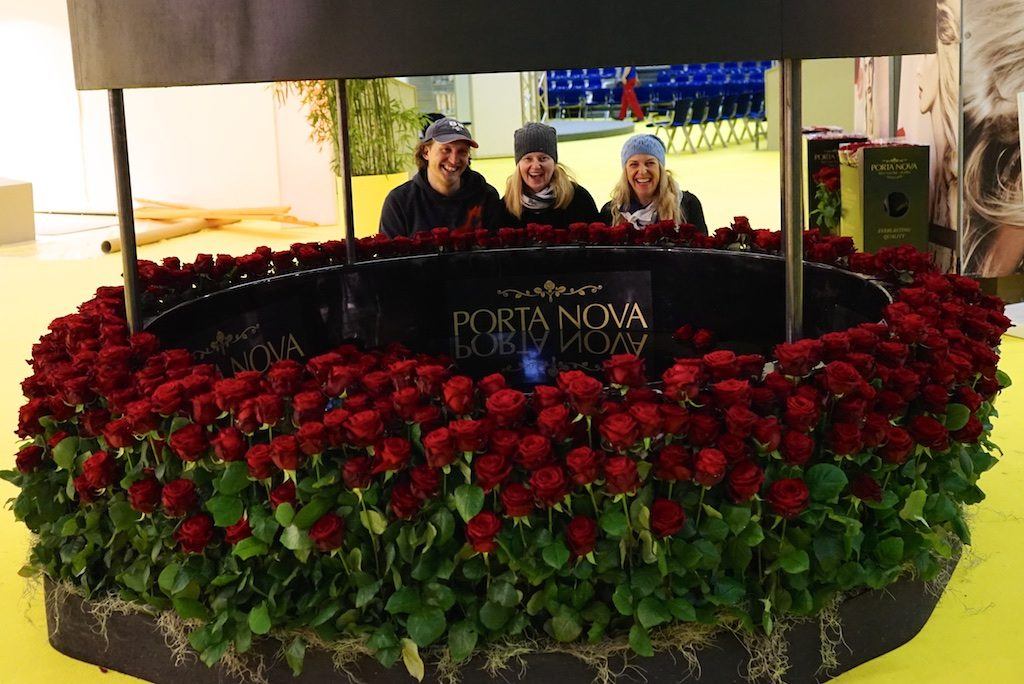 Of course you’ve heard the various fascinating tales and legends revolving around wishing wells that brought good luck. Maybe the one about a sleepy Italian village and its secret wishing well that was meant to make villagers richer.

Or about the lone lad who really never bothered to wish for richness yet scored more coin than his peers. Or any other stark old wells that spoke good fortune to those who took time to throw a coin above their right shoulders into the well. You’ve heard of them all, but have you heard of the floral wishing well? The wishing well that was brought to life by Belgian florist Jan De Ridder? The one made of top quality Red Naomi roses from Porta Nova? roses in a never-ending spiral that gave the impression of a deep wishing well. The floral designer used a clever mirror effect of water that showed off a circular shaped moving string full of roses. The Red Naomi Wishing Well was not only a creative mega arrangement and great for photo-ops & selfies… but also served as a gesture to wish florist and trade good fortune during the approaching Valentines Day season. The team taking a moment before the creative process… Ania, Jan, Paul and Aniko The florists having some fun… Jan, Ania and Aniko