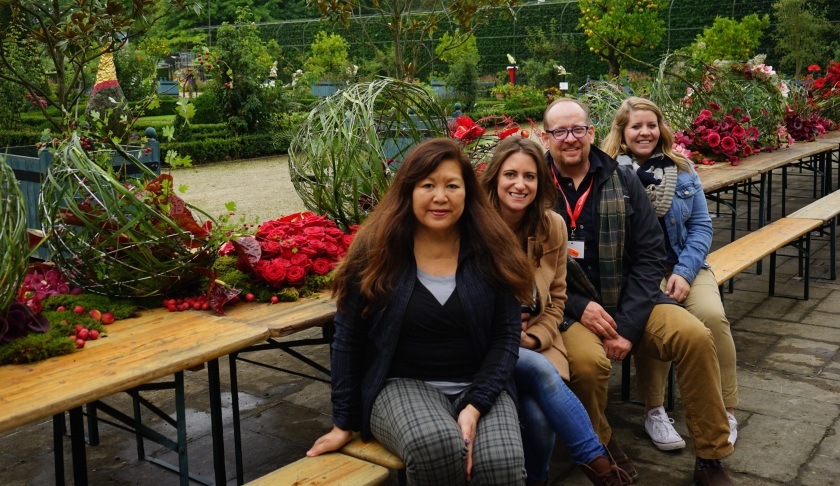 Alden Biesen Fleuramour which is held every September is one of the most exciting and most anticipated floral design annual events. The event hosted by Fluer Creatif magazine takes place in the majestic and historic grounds of the National Commandery of Alden Biesen. Well known floral designers create enchanting displays in the grounds and rooms of the 16th-century castle, Alden Biesen, set in the small city of Bilzen in Belgium. This year’s event is set to be held 23rd – 26th September and promises a whirlwind of surprises and ingenious floral creations.

During the 2015 edition, which also marked 20 years since the event was established, several floral designers used Porta Nova Red Naomi roses in their creations. We re-visit this incredible table arrangement by Toni Tibbits, who incorporated Porta Nova Red Naomi in designing an amazing table floral arrangement. She also uses other types of flowers and great technique in coming up with her unique composition. Such an artful balance of color, shapes and texture.