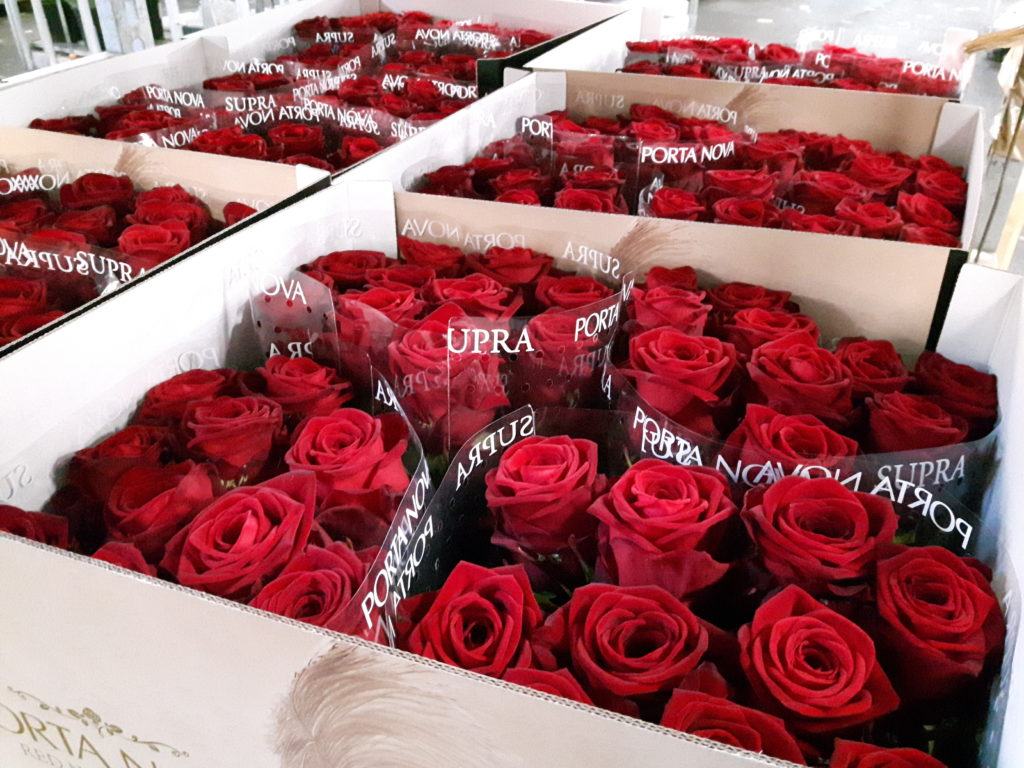 Summertime is often characterized by reduced demand and increased supply in the market, due to a relatively higher production. This high production is in general caused by higher temperatures, which is usually also accompanied by reduced quality evident from smaller buds and thinner stems.

The Climator
Porta Nova strives to deliver uniform quality all year round and for this purpose we invested in a new system a few years ago:  The Climator.  In summer it operates as air conditioning system and in winter it operates as a heater. By operating as an air conditioning in summer we can keep the greenhouse cool to produce beautiful products with large buds and thick stems. At Porta Nova, it is not only about producing top quality roses, we strive to do so in an environmentally-friendly manner. For this purpose we have the unique heating and cooling system known as “The Climator” and we invested in a higher light level, which has helped us to raise quality to the highest possible level. The Climator allows us to produce the same top quality roses all year round.

In the video below, Porta Nova production manager Aad van Luijk reveals one of the secrets behind Porta Nova’s ability to grow top-quality Red Naomi roses in the middle of a hot summer and do it in an efficient and environmentally friendly manner!

At Porta Nova we are dedicated to deliver the absolute best quality. Also during the warm summer period.in this short…